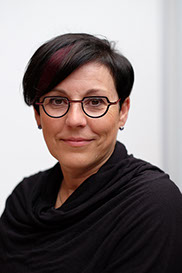 Since 2012 I work as a full-time artist in my home studio. Ceramic installations are my main focus, but since 2020 I also make smaller commercial work that I sell on etsy. I became a finalist of the RBC/CAO emerging artist award in the same year. From 2016 -2019 I became an active member of the Ottawa Guild of Potters, as its secretary (till 2018) and designer of 2 major outdoor art installations: ‘Populace’ (2017), in celebration of Canada’s 150th birthday at The Canadian Museum of Nature, and ‘Compass’ (2018) at the Royal Canadian Geographical Society in Ottawa.

My work has been shown in both solo- and (juried) group exhibits, including the New York Art Expo and the Canadian Gallery of Clay and Glass in Waterloo, Ontario. My work is in private collections in Belgium, The Netherlands, United Kingdom and Canada, as well as in the collection of Global Affairs Canada. “The Bark Archive” is on permanent display at the Canadian Embassy in Brussels.

In 2010 I founded Figureworks, an Ottawa based not-for-profit organization for art of the human form in all media. I served as Figureworks President for 7 years and have curated all of its annual award shows till 2019.

– The making of The Aftermath, website article for Council of The Arts in Ottawa, March 2015

2017    ‘Populace’ workshops and demonstrations at various locations in Ontario, January-May

2016   ‘Populace’ workshops and demonstrations at various locations in Ontario, September-December

1993 PhD in Biology, University of Utrecht, The Netherlands

STAY IN THE KNOW

All artwork is the intellectual property of Hilde Lambrechts.